Leadership set for ACLPO through 2014 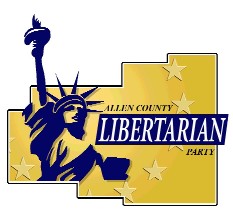 At the April meeting of the Allen County Libertarian Party of Ohio, the line-ups for our Central and Executive committees were set. Being the first meeting following certification of the March primary election results, it was time for those voted back onto the Central Committee to get to work.

Don Kissick, representing American Township, and Paul D. Hinds, of Shawnee Township, started the process by appointing ACLPO co-founder Eugene McCall back onto the Central Committee. While Kissick and Hinds were able to garner enough petition signatures to appear on their respective local ballots, McCall could not due to the lack of registered Libertarians in Richland Township, which he represents.

Kissick was re-elected to the position of Chair for both of the party’s committees. Hinds and McCall traded Central Committee titles as they now are Vice Chair and Treasurer, respectively. McCall and Hinds will continue as Vice Chair and Treasurer of the Executive Committee. The trading of “CentCom” positions was necessary as the party leaders soon-after voted on a new bylaw amendment stating no members of the ACLPO may hold the title of Treasurer for both committees simultaneously. As the county party grows in membership and can diversify its officeholders, it is the stated role of Central Committee Treasurer to organize and administrate audits of the Executive Committee should it ever be deemed necessary.